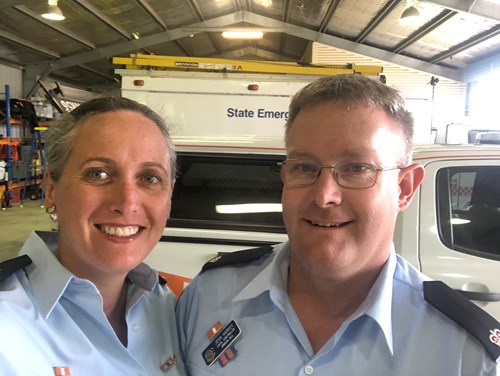 Whether it’s leading the NSW State Emergency Service (NSW SES) as Commissioner, overseeing units, rescuing members of the public or engaging via social media, our female members are dedicated to saving lives and protecting their communities.

This International Women’s Day – like every day - NSW SES is celebrating female members’ achievements and efforts.

Broken Hill woman Lesley Harvey has her hands full as a psychotherapist, working for the Royal Flying Doctor Service, working casually as a Deacon University academic and as the first female Broken Hill City Unit Commander.

The 44-year old has been a NSW SES member for 19 years, during which she became a general land rescue, storm and land search operator, and travelled to support other communities.

In 2010-11, she took her oranges to a small north-western NSW town, Goodooga, which was isolated by floodwaters.

She worked in the operations centre for 10 days, building relationships and training local women – which lead to an all-women unit established at Goodooga.

One of her greatest passions is supporting volunteers’ wellbeing through the Critical Incident Support Program, of which she was part of during Cyclone Yasi in 2011.

She also loves helping the community: “Knowing someone’s having an awful day, and we’ve turned up and provided support in whatever situation … it’s an amazing feeling to take that pressure off them.”

“It's a fantastic opportunity to be unit commander and watch new members come in - to see their motivation and interest in the beginning and then see how we can provide a diverse range of training and support them in their personal growth.

“I’m proud of our unit, proud of NSW SES and proud of the roles women are taking on.”

She was inspired by female members within the Far West region: Unit Commanders Mia Degoumois, of Packsaddle Unit, and Glenice Gilby, of Tibooburra Unit.

“They have this genuineness about them that is very inviting and open. They’re extremely friendly, giving, have such passion and go out of their way to help their communities.”

Lesley said International Women’s Day was a time to reflect and be aware that prejudice exists.

“Identify what your unconscious biases are and engage the support of someone to shift these biases,” she said.

“Men have a responsibility and a role to support and celebrate women’s achievements.” 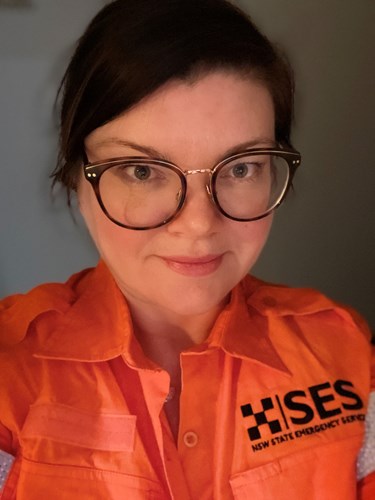 Being just over five foot tall and new to NSW SES has not stopped Erin Sinclair from stepping up and making a difference in Griffith.

From the moment Erin signed up about a year ago, the 39-year old has become an unofficial social media officer for the Griffith Unit.

Her posts have attracted new members, and gained 100,000 views in some cases – (usually stories related to cat rescues!)

“My biggest achievement is we’re getting our name out there,” Erin said.

She decided to join the NSW SES after emergency services came to her rescue in an alarming incident when she was pregnant.

“The RFS came in with the ambos and police, and got me out of the house to hospital.”

She wanted to give back, and said she picked NSW SES because of its range of activities available.

She qualified as a general land rescue operator, is a newly-trained flood boat operator, and is close to reaching her goal of becoming swiftwater rescue-certified.

Her greatest “challenge” was her height, however fellow unit members ensured she had capability.

The predominantly-male unit would also go out of their way to catch her up on work missed when she had other commitments or her baby was sick.

“In my experience with my unit, I can do whatever the boys do – they never think ‘Erin can’t do that’,” she said.

“If anything, they’re always geeing me up to do more.

“It’s an amazing crew. The most relaxing and rewarding time of my life is when I’m training.” 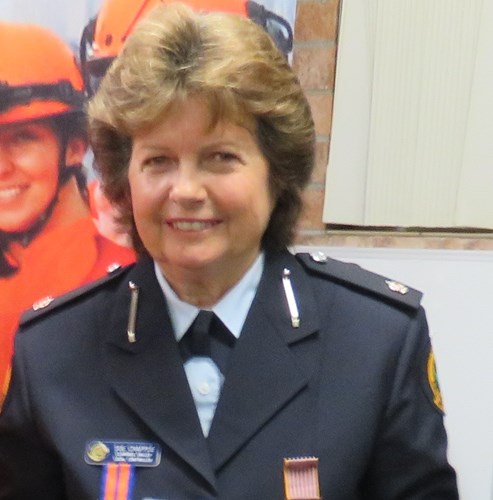 Susan Chapple has faced many weather events as Clarence Valley Local Commander, in the NSW Northern Rivers region, particularly during the 2020-21 wet season.

The 67-year old, however, does not consider her work extraordinary with 24 years’ worth of NSW SES wet weather experiences.

Sue’s first out-of-area deployment was the 1999 Sydney hailstorm – known as the most expensive natural disaster in Australian history.

Like many NSW SES members, she also assisted the Rural Fire Service in the extended 2019-20 bushfire period.

“I was working in the incident control centre on the radios and down at the airbase communicating with helicopter pilots on the radio, and delivering meals to firefighters,” she said.

“A lot of my time was spent on radios scribing information for RFS. We worked really closely. That was very rewarding.”

Sue stepped into the role of Local Commander not long after retiring, and after her late partner, who was in the role at the time, sadly passed away.

She had plenty of operations experience, and found all training to be rewarding: field, flood boat, chainsaw, storm and water damage.

She used her skills as a school principal when training other volunteers, created close liaisons with the local council, and loved working with unit commanders and continually learning.

She praised Patricia Crowe, of the Clarence Nambucca Capability Unit, who was an inspiration, a “leading example of what SES is about and is committed to helping the community”.

She believed female leaders and women out in the field deserved as much spotlight as possible, especially in emergency services.

This International Women’s Day, NSW SES thanks all our female members.

Commissioner Carlene York became the first female head of NSW SES and of any NSW emergency agency in late 2019.

She thanked Lesley, Erin and Susan for being great role models within their communities.

“Their stories are only a drop in the ocean of nearly 3500 female volunteers and 200 female staff members,” Commissioner York said.

“Whether they’re providing on-the-ground support, assisting in operational roles or raising community awareness, our female members are incredibly valuable to us, their teams and communities.”


See yourself in orange? Learn more about our volunteering roles.