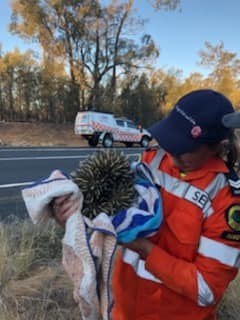 Volunteers from the NSW SES Gilgandra Unit rescued an echidna over the weekend.

NSW SES volunteer Kylie Gibson came across an echidna with a steel ring around its nose.

“After collecting him and trying to remove the ring, he was transported to Taronga Western Plains Zoo where he was sedated and the ring removed by zoo staff,” says Kylie. 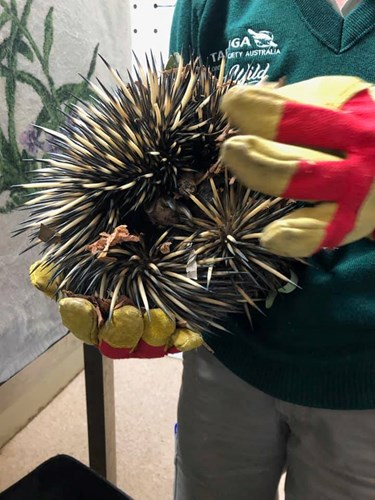 “Unit members then travelled back to the zoo to pick him up and released him back where he was found.” 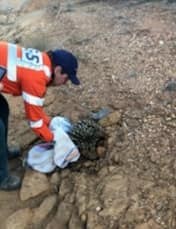