Congratulations to our members who received awards at the NSW SES Binda Cluster Award Ceremony on Friday 7 May.

The awards recognised members’ total of 385 years of service, including Grenfell Unit member, Warwick Simpson, who was recognised for 50 years of NSW SES service.

There are about 160 volunteers and 14 permanent staff members who work across the seven command groups within Southern Zone.

The command’s main operational and risk-based focus has been in the area of flood and storm response, but also includes General Land Rescue, Vertical Rescue, and Community First Responder support activities.

The National Medal recognises long and diligent service in organisations that protect life and property at some risk to their members, with 15 years’ eligible service necessary to qualify.

Congratulations to all our recipient winners. 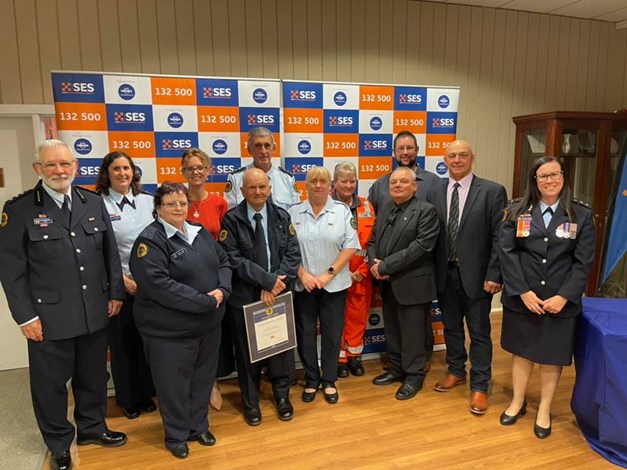 Learn more about NSW SES and our volunteers