The RESCAs are the only awards for which emergency services personnel are recognised by their community for their selfless contributions and going above and beyond the call of duty.

Tracy has been a member of the NSW SES for 48 years. In August, she was also awarded the Overall Officer of the Year in a Volunteer Capacity at the NSW RESCAs.

The former high school principal has worked hard to build up the strength of her Ulladulla unit, doubling its membership from 40 to 80 volunteers over her four years in the job. Since joining the NSW SES, Tracy has become qualified in the operation of flood boats, chainsaws, storm and general rescue, incident control and planning.

Minister for Emergency Services and Resilience and Minister for Flood Recovery Steph Cooke said the RESCAs are an opportunity to recognise the exceptional efforts of emergency services personnel who go beyond the call of duty.

“From her service through the Black Summer bush fires, to the relentless flooding we’ve faced this year, Tracy has displayed incredible courage and commitment, and is well deserving of this honour,” Ms Cooke said.

“Emergency services personnel are not only first responders during times of crisis, but they also carry out important work year-round, including community engagement and fundraising, and I thank them wholeheartedly for their efforts.”

“The recent fires, storms and floods were particularly challenging for our community and the NSW SES,” Commissioner York said.

“Having volunteers like Tracy lead our units gives me confidence we have wonderful people assisting our communities. The RESCAs are a great way to acknowledge those who play an integral role in leading our teams and make such valued contributions.”

RESCA award winner Tracy Provest said it was an amazing recognition for the NSW SES.

“This is an amazing award,” she said.

“It is recognition for every SES volunteer right across the state. We have volunteers going above and beyond and any one of them could have been standing here.

“It is also a testament to my team back at Ulladulla. They are an amazing group of people who give and give and give just like everyone at the NSW SES.” 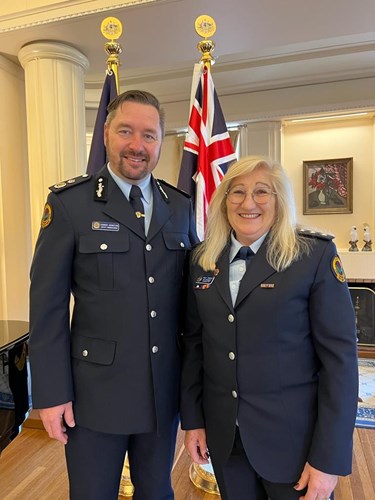 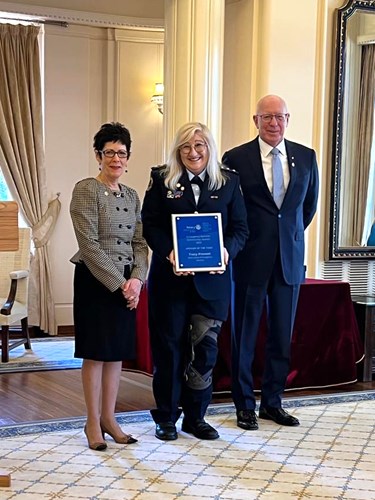