From spray-painting a giant "H" to flag down a helicopter when telecommunications were down, to fixing broken pumps in the outback, Robert Powell is known for his ingenuity, leadership and teamwork.

After 16 years of service, the Menai Unit has paid tribute to Robert, better known as Bob, who has received his 15-year long service award.

Bob was recently diagnosed with terminal cancer, and it was a special moment for the whole team as Menai Unit Commander Daryl Brett presented the award to him.

'A Willing Heart to Help People in Need'

Bob worked at Caltex, and in his retirement joined SES at Heathcote in the Delta team.

Approximately six years ago, Bob became a foundation member for the Menai Unit.

Bob’s experience at Caltex was put to good use in requests for assistance, when he had to think outside the box to complete a job.

Bob’s ability to communicate and lead by example showed team members how to perform the task safely.

Whether it was a complex tree job, a roof job or pumping, Bob showed how to break the job into smaller tasks for the team members to perform.

Out of area during the floods in the outback, Roy remembers how Bob was able to fix broken pumps with parts sourced from the township.

Also not being able to communicate with air drops for supplies, Bob found cans of spray paint and a car park above the water line and he painted a huge “H” for the pilot of the helicopter to use as a landing pad to drop supplies.​​​​​​​

Out of area during a large hailstorm in Melbourne, Peter remembers Bob working on the roofs and the difficulty of patching up slate tiles.

Bob had a willing heart to help people in need, whether locally or out of area.

Bob was a leader, but he was just as comfortable being a team member and sharing his experience with others.

As for myself, Bob was a great teacher of common sense, not to rush a job and take the time to evaluate the situation before commencing the job.

Bob also is part of the grey nomads and would hit the road at any chance he could and then on his return there would be stories shared with the group. 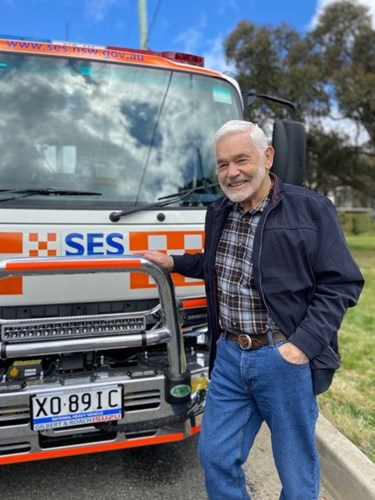 Bob Powell has been awarded for his 16 years of service with NSW SES. 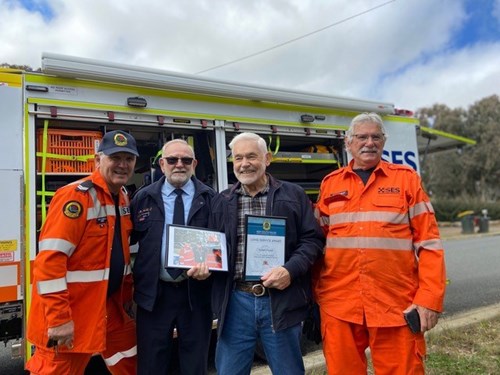 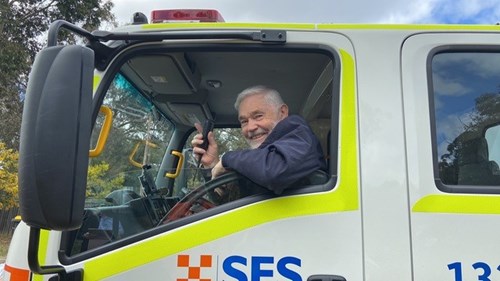 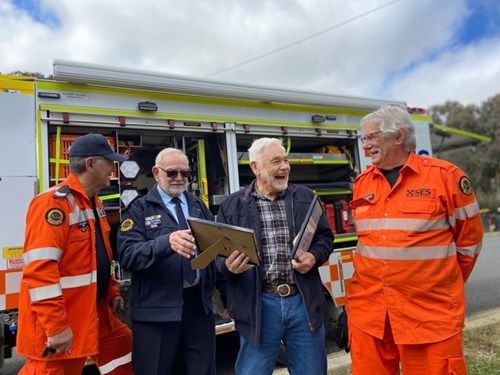