GROUP BRAVERY CITATION FROM THE GOVERNOR-GENERAL

“I called out and I thought that I heard someone very faint in the distance. I turned to the team and asked for my two best swimmers. Daniel and Adrian put their hands up and we started making our way towards where I heard a very faint voice calling for help.” – Matt, Blacktown SES.

Three members of the NSW State Emergency Service has received a Group Bravery Citation from the Governor-General of Australia, David Hurley earlier this month.

The three volunteers, Matt and Daniel from the Blacktown SES Unit and Adrian from the Bankstown SES Unit were the flood rescue operators that were responsible for saving an elderly man who was trapped by flood waters in Milperra in the evening of 9 February 2020.

The team made their way to the elderly man's property and heard a faint reply to their calls. The team stopped by a large muddy hill and they entered the flood water to swim towards the man.

They located the man on hill approximately 200 metres away from the boat. Once they reached the man and lifted him into a SES boat and then swam beside it clearing debris and pushing down barbed wire fences for safe passage to waiting paramedics.

All three of the recipients continue to volunteer with the NSW SES and continue to perform the flood rescue role.

“While we were the ones performing that rescue, there were many other SES volunteers doing good things for the community that night.” – Adrian. 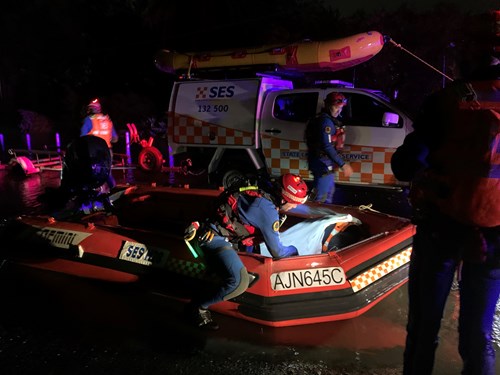 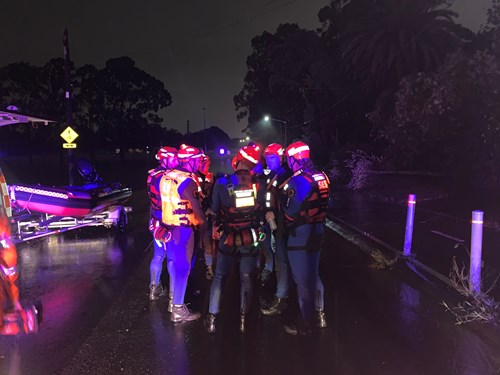 To learn more about flood rescue and other SES roles click here.