Local NSW State Emergency Service (NSW SES) volunteers across the Hawkesbury-Nepean Valley are preparing their communities for the consequences of potential widespread flooding this storm season.

Volunteers from the NSW SES Hawkesbury, Penrith, The Hills, Mt Druitt, Blacktown and Gosford Units are at the ready to support the more than 130,000 people that would be affected if major flooding were to occur.

“We have seen a lot of wet weather already this storm season, which has resulted in many cases of riverine and flash flooding across the state,” NSW SES Metro Zone Commander Greg Swindells said.

“The Hawkesbury-Nepean Valley is very wet, and with the potential for increased rainfall, there is a higher likelihood of flooding.

“This is why our volunteers are trained and capable of supporting residents prior to, during and post flooding within the Valley

“We have more than 4,200 volunteers within metropolitan Sydney and the Blue Mountains, so we are well resourced to respond to emergencies not just within the Hawkesbury-Nepean Valley, but right across Greater Sydney as well,” he said.

Mr Swindells added while volunteers are at the ready to respond to severe weather and floods in the Hawkesbury-Nepean Valley, it is vital residents do what they can to get ready themselves as well.

“If a flood occurs, evacuation orders may be issued at short notice,” he said.

“Other factors such as power outages may impact communication channels.

“That’s why it’s so important to know your flood risk, find out about key evacuation routes and prepare what you will take and where you will go.

“We need people to be informed and empowered now, instead of waiting for directions in the event of an emergency.”

As part of a Flood Strategy for the Hawkesbury-Nepean Valley, advertising is underway to remind people on learning their flood risk.

The NSW SES website has a lot of useful and practical information specially created for residents in the region.

Included among the resources are tips on how to keep updated about weather and flood warnings, as well as crucial preparedness advice – such as how to find your key evacuation routes and creating a ‘get ready to go’ kit. 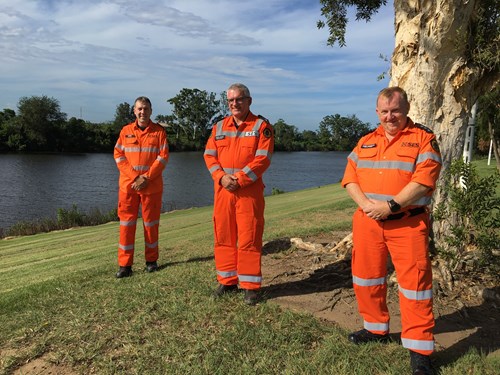 
For more information about the risks of floods in the Hawkesbury-Nepean Valley, visit www.myfloodrisk.nsw.gov.au

For more information about the Flood Strategy for the Hawkesbury-Nepean Valley, visit www.insw.com/flood-strategy If you need emergency assistance in a storm or flood, call NSW SES on 132 500.

If the situation is life-threatening, call Triple Zero (000) immediately.