With a Severe Weather Warning in place for the Northern Rivers and parts of the Northern Tablelands Forecast Districts, NSW State Emergency Service (NSW SES) is warning communities of potential flash flooding if thunderstorms hit the region.

The Bureau of Meteorology has advised that a low-pressure trough over eastern NSW is bringing humid and unsettled conditions into northeastern parts of the state this afternoon and overnight. This is expected to ease Thursday afternoon.

Ms Hogan also said that due to previous rainfall that has hit the area, the grounds are already very wet, creating conditions that could result in floods.

“Some areas have been saturated by previous rain, so the ability for it to absorb further rainfall is limited,” she said.

“This could result in increased run-off, which can cause dangerous and rapid onset flash flooding.

“There is also the possibility we will see further river rises across some of these locations,” she said.

There is a current Flood Watch for the Richmond and Wilsons Rivers as well as the Orara and Bellinger Rivers.

NSW SES is advising people to:

Visit ses.nsw.gov.au for more information on the Dangers of Flash Flooding. 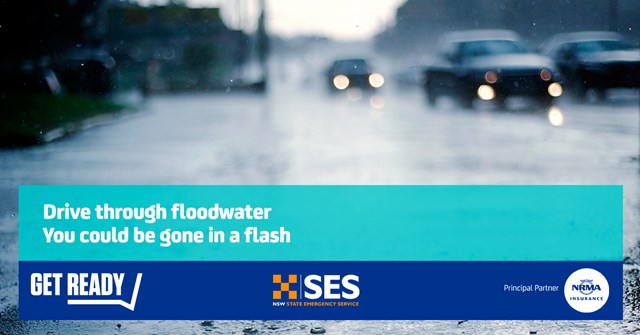