As nearly 80,000 people return to their flood-affected homes, NSW SES is urging communities to take care of their health - including their mental health.

Returning home after floods can be traumatic, especially if your home is deemed not habitable.

Damage assessments are underway and thousands of residential and commercial buildings have already been deemed as damaged.

Floodwater can contain sewage, debris and dead animals, so it is important to avoid entering, playing or driving through it.

If you have floodwater on your hands, wash with soap and water, and sanitise as soon as you can.

Multiple evacuation orders and warnings remain in the Hawkesbury Nepean Valley, the Mid North Coast and parts of Moree.

However, these are expected to be lifted over the coming days as river levels fall.

Further west, major flooding is expected along the Barwon River over the next few weeks.

NSW SES will remain focused on these communities as floodwater moves downstream.

Rain has eased over the past few days and the Bureau of Meteorology has forecast showers to be mostly light across the East and North-East of the state for the next few days.

These conditions will not have significant effect on river levels, but may hamper some clean-up activities in some locations.

NSW SES has received in excess of 23,000 calls from the public, and volunteers have been called to more than 13,000 jobs since the event began. 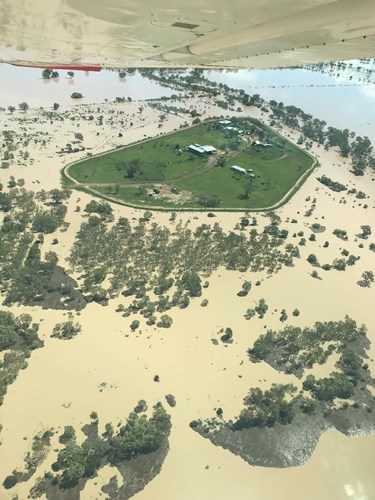 Flooding near Moree earlier this week.