Wet Catchments and Thunderstorms: NSW SES urges people to be aware of weather conditions over the coming days

Locations in the North East of NSW from the Hunter and Mid North Coast up to the NSW and Queensland border are asked to monitor the weather conditions closely over the coming days.

Previous rainfall across many areas of NSW has resulted in very wet and in some locations, saturated catchments. With the current weather conditions expecting thunderstorms across many parts of the state, NSW SES is advising that flash flooding is likely in locations where there is heavy rainfall. This is because the ground is so wet, the ability to absorb further rainfall is limited, resulting in increased run-off, which can cause dangerous and rapid onset flash flooding.

Other parts of the state are also asked to monitor the weather conditions as thunderstorms have the potential to develop anywhere and at any time, especially during Storm Season and the summer months.

There have been over 770 requests for assistance since Saturday morning, relating to the current weather event. The majority of requests relate to water inundation to properties as well as trees and branches falling. Up to 1600 people are currently isolated by floodwater in the Mid North Coast of the state including areas around Wingdam, Harrington, Camden Haven and Taree, however no evacuations have occurred.

The next 48hrs is likely to see consistent and at times heavy rainfall throughout the eastern and north eastern parts of the state.

Be aware of low-lying areas next to water courses that might be inundated, minor roads closed, and low-level bridges submerged.

Road conditions could change rapidly and dangerously. NSW SES reminds people to never drive, ride or walk through floodwater as this is the main cause of death during floods.

If you are trapped by fast rising floodwater, seek the highest and most stable refuge and call triple zero to be rescued. This is a life-threatening situation.

Severe thunderstorms could produce damaging winds, heavy rainfall and large hail. All weather warnings from the Bureau of Meteorology can be found here

For more information on how to prepare for flood and storm emergencies, and for current warnings from NSW SES, can be found here

For road conditions, visit your local council website or socials and live traffic. 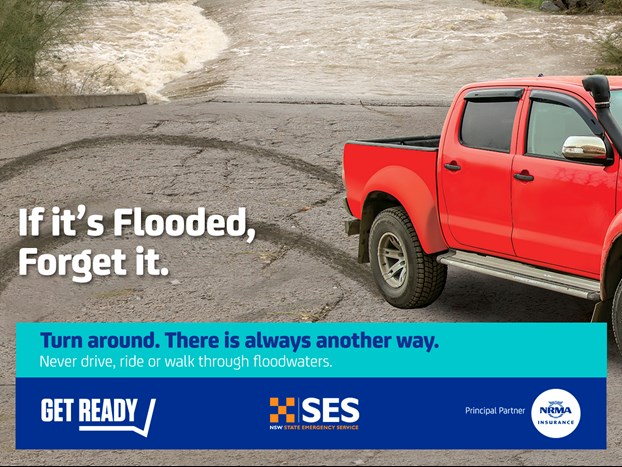 If you need assistance

For emergency help in floods and storms, call the NSW SES on 132500. In life-threatening situations, call triple Zero (000).