Tony Northbrook-Hine from the NSW State Emergency Service (NSW SES) has been recognised for his diligent service to his community Commissioner Kyle Stewart presented the award at the annual Commanders Conference in Sydney on Saturday 13th July 2019.

NSW SES congratulates Tony and hopes to acknowledge more dedicated members in the near future.

Tony was the recipient of two awards over the weekend, the first being National Medal Clasp. This award recognizes long and diligent service in organisations that protect life and property at some risk to their members.  The Medal is awarded to persons for long service in eligible organisations who fulfil the primary function and meet other criteria. Fifteen years eligible service is necessary to qualify for the Medal.  Clasps are available for each additional 10-year period.

After being approved by Her Majesty Queen Elizabeth II, the National Medal was instituted by the Australian Government on 14 February 1975.  It was designed by Stuart Devlin who was also responsible for the design of our decimal currency and medals and awards appearing in the Australian Honours and Awards System.

Tony joined the Hornsby Unit of the NSW SES in November of 1993. He was almost immediately involved in the response to the catastrophic 1994 bushfires. Over the next 25 years, Tony would deploy to many notable disasters including the Thredbo landslide, Sydney hail storms, Newcastle Avian flu response, Tweed storms, Hunter storms 2008 and numerous campaign storm events within the Hornsby Shire, most recently as Incident Commander at Berowra, following the Christmas hail storms in 2018.

Tony was also the recipient of The Long Service Award which is awarded to members of the NSW SES who have achieved a period of diligent service of five (5) years, and then every five years’ service anniversary thereafter. The NSW SES presented Tony Northbrook-Hine with his 25 Year Long Service Award for 25 years of dedicated service. 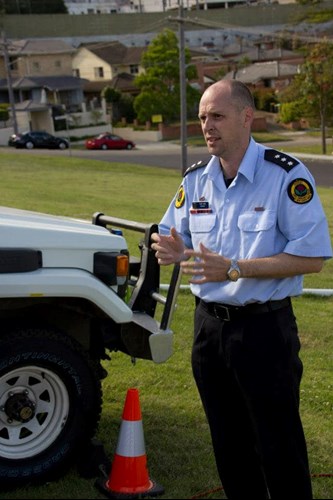 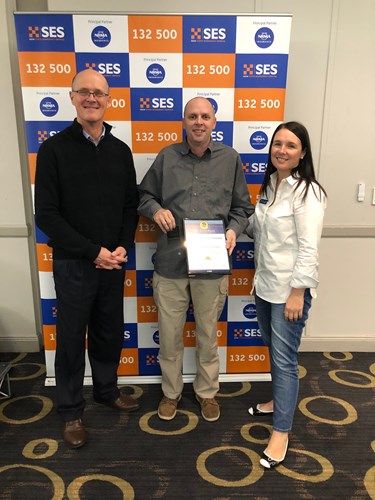 
Thinking about becoming a member but not sure what you'd like to do?