In the wake of Tuesday’s cold front that lashed Sydney and other parts of the State, NSW SES is urging residents to prepare for future storms by securing their homes and outdoor furniture – including any trampolines that may take flight if Tuesday’s winds in excess of 100km/h make a reappearance.

The significant cold front moved through the state quickly on Tuesday afternoon, accompanied by gusty storms. This lead to severe thunderstorms that generated damaging winds across Sydney, Newcastle, Gosford, Wollongong, Orange and Dubbo.

The NSW SES has received 2,185 jobs in relation to the destructive weather burst, with Sydney’s northern suburbs hit the hardest. Most of the jobs relate to fallen trees and branches or roof damage.

According to Ausgrid, approximately 24,000 homes and businesses, most in Sydney’s north, are still without power. Endeavour Energy has reported that 12,000 residents are currently without power and one substation is non-operational. Residents without power should call their energy providers for an update.

More thunderstorms are likely to impact the NSW north coast and northern Metro during late Friday and Saturday. Keep an eye out for damaging winds, with possible short sharp bursts of heavy rainfall.

While the sun is out, the NSW SES advises people to prepare their homes, properties and yards by securing loose items, as these powerful winds have been known to pick up large outdoor furniture as well as trampolines. Ensure you trim trees and branches that overhang your home or call a qualified arborist to have this done ahead of predicted storm weather.

For more information regarding the weather over the next few days, visit the Bureau of Meteorology 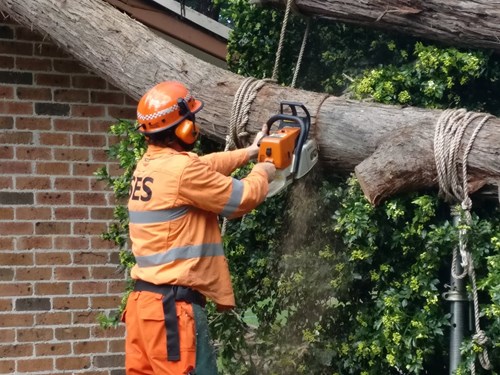 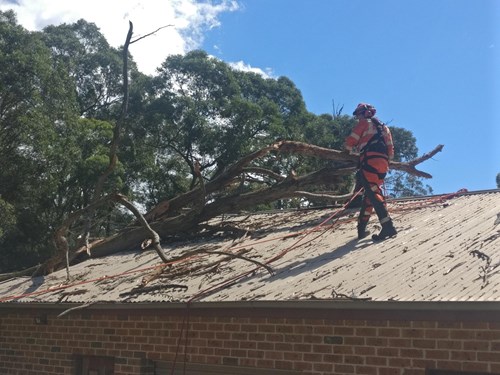