NSW SES congratulates both Gregory Cormack and David Leigh on their numerous years of dedicated service to the NSW community and to the State Emergency Service on the receipt of this well-deserved recognition of his commitment and service.

More about the award recipients

Mr Cormack has been a member of the NSW SES for 27 years, commencing his service with the NSW SES Hurstville Unit in 1991. During this time he has been involved in a range of major operational responses, particularly as an Incident Controller.

Working closely with other Region based staff, his responsibilities were significant in terms of the flood rescue risk around the Georges River for a Region with a large number of volunteers. His achievements laid the foundation for further work to ensure the safety of communities in the Georges River and in other flash flood identified areas.

More recently he became a key member of the Incident Management Project, establishing products on which the NSW SES could develop a robust Incident Management Capability at all levels from Level 1 to Level 3 Incident Control and related AIIMS functional area training. He has consistently demonstrated his ability to establish and maintain professional networks across a range of emergency response agencies which have resulted in improved incident management capabilities through cross-organisation training opportunities.

Mr Cormack is highly respected by his peers and is considered a subject matter expert in the fields of training and incident management and he is dedicated to the ongoing safety and preparedness of the community of New South Wales.

Mr Leigh has been a member of the NSW SES for 25 years. As Local Controller of the NSW SES Kiama Unit, he developed a wide range of highly skilled leaders who have, in turn, mentored new leaders. He currently serves as a volunteer Administration Officer providing support to the Unit Commander and Unit Management Team.

During his appointment as Local Controller he developed an excellent working relationship with Kiama Municipal Council. This relationship resulted in the Council funding and building a state-of-the-art, purpose built SES Unit and Emergency Operations Centre. He also worked with Council to plan a strategic and ongoing upgrade of facilities and equipment, including getting Council to undertake the provision of additional rescue and logistics vehicles as well as the construction of additional garage bays to house vehicles and rescue equipment.

He continues to assist and coordinate NSW SES in community events such as the Kiama ANZAC Parade and associated services, as well as the Gerringong Christmas Street Parade. Prior to moving to Kiama, he made a significant contribution to both the communities of Warren and Lithgow as a rescue volunteer with their respective Volunteer Rescue Association units.

Mr Leigh has made an exemplary commitment to the safety of his local community and to the work of the NSW SES. 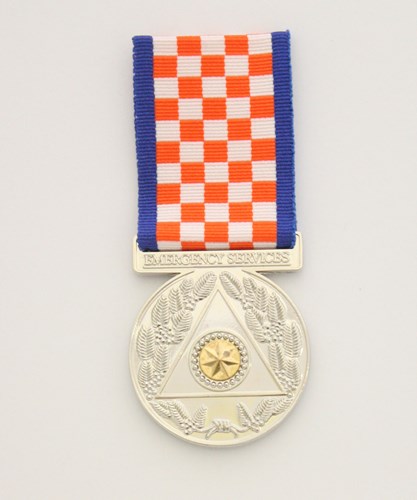 Thinking about becoming a member but not sure what you'd like to do?